Home Internet What is a QR Code? Function, Type, and are QR Codes Safe?

What is a QR Code? QR code is a technology in the form of a code that allows users to access information quickly. Learn more about what a QR code is, its function, how it works, how to create it, and how to scan a QR code.

What is a QR Code?

QR Code is an abbreviation of “Quick Response Code” also known as QR Code. A QR code is a two-dimensional barcode arrangement that contains a lot of information provided by the company or provider.

Users can scan the barcode with a digital device or smartphone. The purpose of the QR code is so that users can access information quickly and practically.

The QR code system was first invented by the Japanese company Denso Wave—a subsidiary of Toyota in 1994. They created the system initially to track vehicles and parts during the manufacturing process quickly and accurately.

They also developed a type of barcode that can scan codes from kanji, kana, and alphanumeric characters. In its development, QR codes can store up to 2089 digits or 4289 characters including letters, punctuation marks, and special characters. 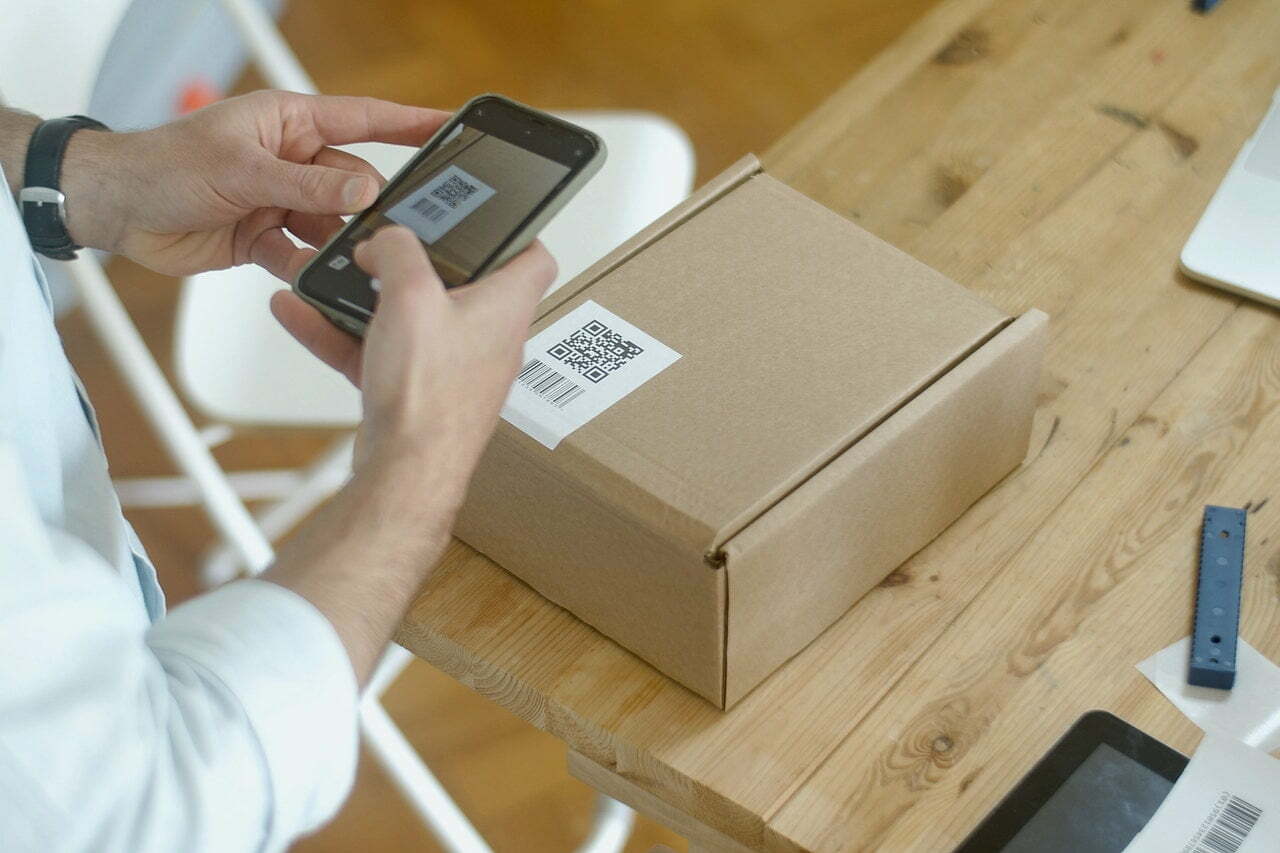 The QR code function makes it easier, faster, and more practical for users to get the information they need. No need to bother typing one by one on your phone to open the page or application you want to go to.

Simply scan the QR code provided, and users can access the information. It also makes it easier for operators to retrieve information from users.

QR codes can also be used to:

A British company called QR Memories even creates QR codes for tombstones. The goal is that anyone can scan the code and get information about the history of the deceased person.

While Denso Wave continues to refine the original design of the QR code. In 2020, new QR codes allow you to track original products, support anti-counterfeiting measures, and protect brands.

QR codes are increasingly being used since the COVID-19 pandemic. Visitors in public places such as stations, restaurants, terminals, malls, and others must scan a QR barcode that leads directly to the PeduliLindung application.

The point is to track the total number of visitors, make sure visitors have the COVID-19 vaccine, and inform visitors about the spread of COVID-19 in the surrounding area.

The QR code is square in shape and the pattern represents a binary code that is ready to reveal the code data. Consists of black dots, black blocks, and spaces.

A QR reader (your smartphone for example) can identify standard QR codes based on the three large squares outside the QR code, thus verifying that all patterns are QR codes.

QR reader analyzes QR code by breaking all patterns into squares. Identify the black and white arrangement of the squares and group the squares into a larger pattern to scan the data, information, and meaning.

Standard QR codes can be identified based on 6 components consisting of:

Blank white border in the outer area of ​​the QR code. QR readers will be confused to determine what is and is not in the QR code. This is a kind of limitation so that there is no interference (images or writing) from the outside.

Three black squares in the bottom left, top left, and top right corners. The QR reader reading the three squares means that it has found the QR code and knows where the outer boundary of the code is.

The small box near the bottom right corner. This ensures that the QR code can be read even if it is tilted.

An L-shaped line that runs between the three squares in the Pattern Finder. QR Reader identifies the code boxes one by one in the whole code. Allows to still be able to read the damaged QR code box.

The small information field is located near the top-right cell of the Pattern Finder. Identify which version of the QR code is being read.

Another QR code contains actual information, such as a URL, phone number, or other messages.

There are at least 4 widely accepted versions of the QR code. That is, in what form the QR code is stored, namely in the form of numeric, alphanumeric, binary, or kanji.

Here is the QR code version:

Contains information in the form of decimal numbers 0 to 9. Rated as the most effective QR code storage because it can contain up to 7,089 characters.

Contains characters from the ISO–8859–1 character set. This makes it possible to store information up to 2,953 characters long.

double-byte character from the JIS Shift character set and is used to encode characters in Japanese. The original version of the QR code, however, is considered ineffective because it only stores 1,817 characters.

Extended Channel Interpretation (ECI) is a second Kanji mode that can define the UTF–8 kanji character set. However, some users have complained that they cannot read this character set.

There are two additional versions in the form of other QR version modifications, namely:

Encodes data across multiple QR codes, allowing up to 16 QR codes to be read simultaneously.

The following are the most commonly used types of QR codes:

Contains an information code that cannot be edited again once it is created. Typically used to contain information such as technical product documentation, schedule, employee ID, personal use, or other QR code APIs.

Static QR code types are not ideal for marketing campaigns because they cannot track metrics or allow editing of content creation.

You can edit the Dynamic QR Code as needed so it is suitable for business and marketing purposes.

You have access to when, where, and on what device the scan was performed, add campaign info, reset the scan, and download the results as a CSV report.

How to Create a QR Code

Here’s how to create a QR code:

How to Scan QR Code

The latest smartphone and tablet technology is equipped with a QR reader in the feature phone. It is installed in the camera of the phone or you can install certain apps to read the QR code first.

Here’s how to scan a QR code:

Another way is for you to enter the application you want to go to, for example, the PeduliLindung application. Click ‘Scan QR Code‘ and point the smartphone at the QR code. You will go to the next page and follow the instructions.

Given that the QR code contains and sends information, many parties are concerned and ask whether the user’s personal information can also be stolen during the process of scanning the data.

Cybercrime can occur when hackers create a QR code by embedding a malicious URL that contains malware or viruses into the QR code so that it can extract data from your smartphone, or direct you to a phishing site.

QR codes created by official parties or companies cannot be hacked because QR codes are formed according to the purpose of the QR code.

So, the QR code is safe to use only if you scan the QR code from an official place. Don’t let yourself just scan the QR barcode from a foreign place because it might be a QR code made by bad people to deceive or misuse your personal information.

That’s a complete discussion of the QR code function, how to make it, how to scan it, and all types. This is a technology to makes it easier for users and operators to provide and obtain information digitally.

How To Get a Free SSL Certificate

What Is The Difference between HTTP and HTTPS?

Advantages and Disadvantages of 5G

What Is Malware? How to Prevent Malware Attacks