Best VPN for iPhone and iPad for 2023 – VPN usage has increased rapidly in recent years, with many VPN services promising privacy protection and faster browsing. In fact, on Apple’s devices such as the iPhone and iPad which incidentally have the best security systems, a VPN is still needed to ensure security when surfing the internet.

The App Store as the official app store for iPhone and iPad has a large selection of VPNs to use, with some of them even being free. Here’s a list of the best VPNs for iPhones and iPad. 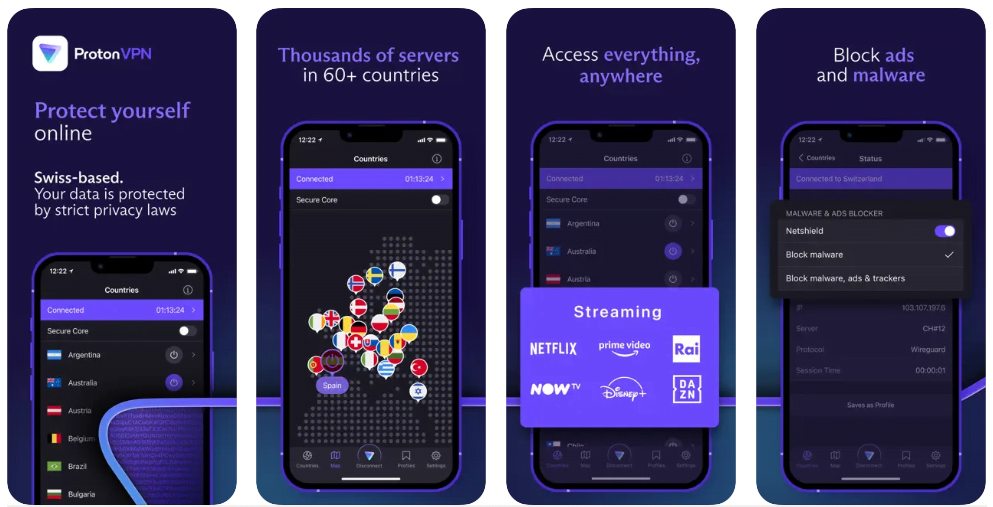 ProtonVPN is one of the most downloaded VPNs for many reasons. This VPN offers military-grade encryption in addition to unlimited bandwidth for free users.

ProtonVPN provides three server options for free accounts, namely in the United States (US), Japan, and the Netherlands. If you want, users can also switch to a premium account for access to more than 1,400 servers spread across 60 countries around the world.

For other features, this VPN that doesn’t log activity history or user data also brings features like an always-on VPN and a built-in ad-blocker. 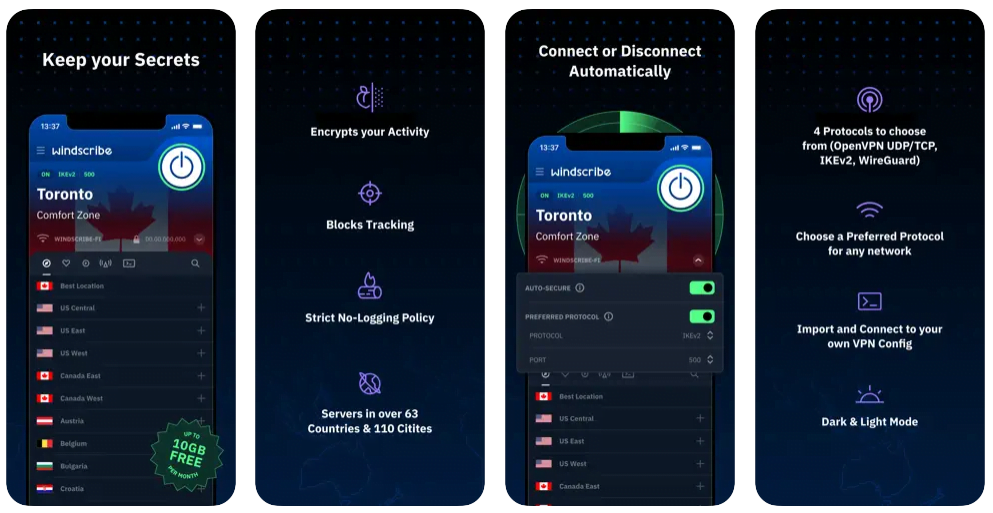 Windscribe is very easy to use because it doesn’t require an account to use it. However, if you don’t want to only get a quota of 2GB per month, users must create an account or log in via email for more quota of 10GB per month.

One of the best features that Windscribe has is the fact that this VPN can be used to access content from services like Netflix, which previously was only accessible in certain countries.

Windscribe itself provides 11 different server options for free accounts spread across countries such as the UK, Germany, Canada, and the US. 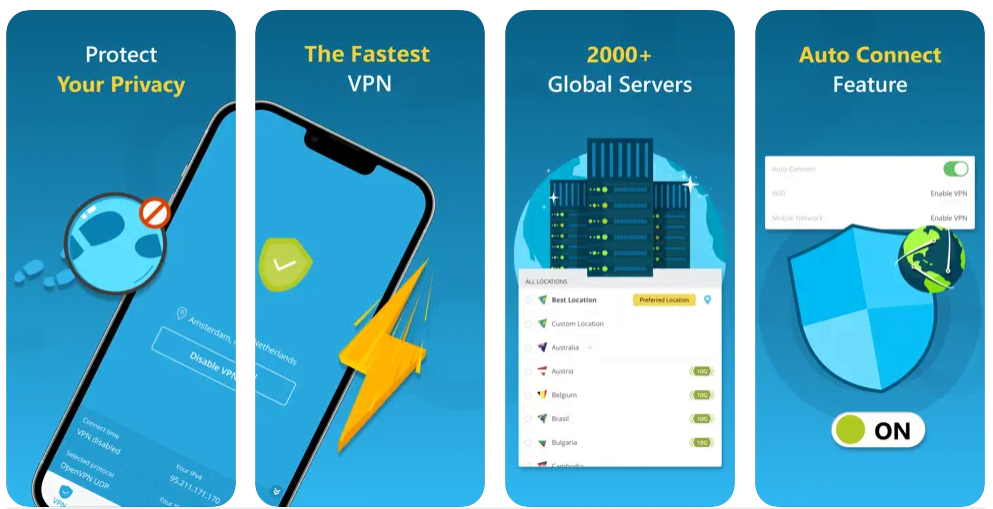 Just like Windscribe, users can use Hide.me without having to create an account or log in via email. Hide.me offers many interesting features for free users, but with a note that there is a maximum quota limit of 10GB per month.

This VPN uses the IKEv2 or SSTP connection protocol combined with AES-256 encryption to “hide” the user’s internet traffic. There are more than 50 servers to choose from for premium users, but for free users, Hide.me only provides five server choices. 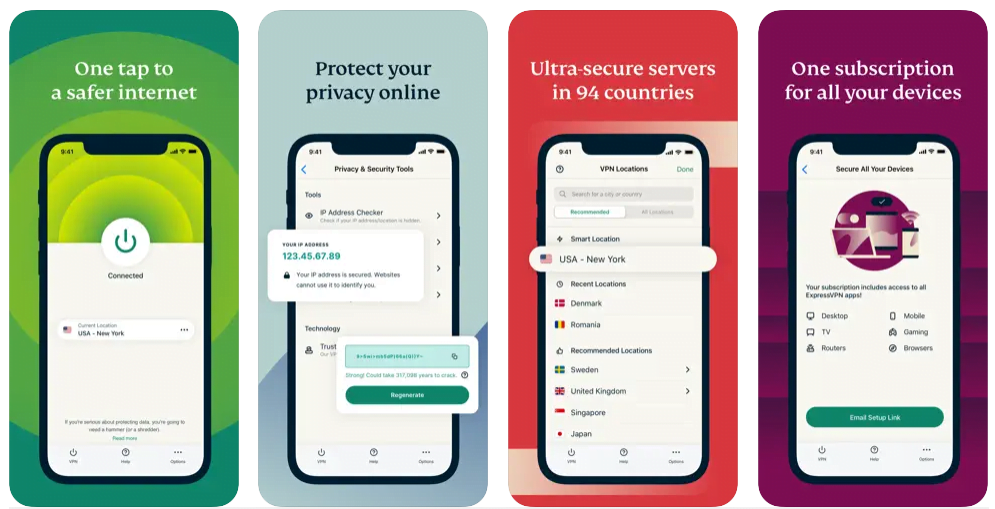 ExpressVPN is a private and easy-to-use VPN. In this VPN, users can choose one of 3,000 servers in 94 countries provided. All user data is protected by AES-256 encryption as standard, with multiple protocol options and a kill switch.

Despite its powerful features, ExpressVPN’s UI is intuitive, making it very easy to navigate. If there is a problem, ExpressVPN also provides live chat support with 24-hour customer service. For those interested, ExpressVPN provides plan options ranging from 1 month, 6 months, to 12 months. 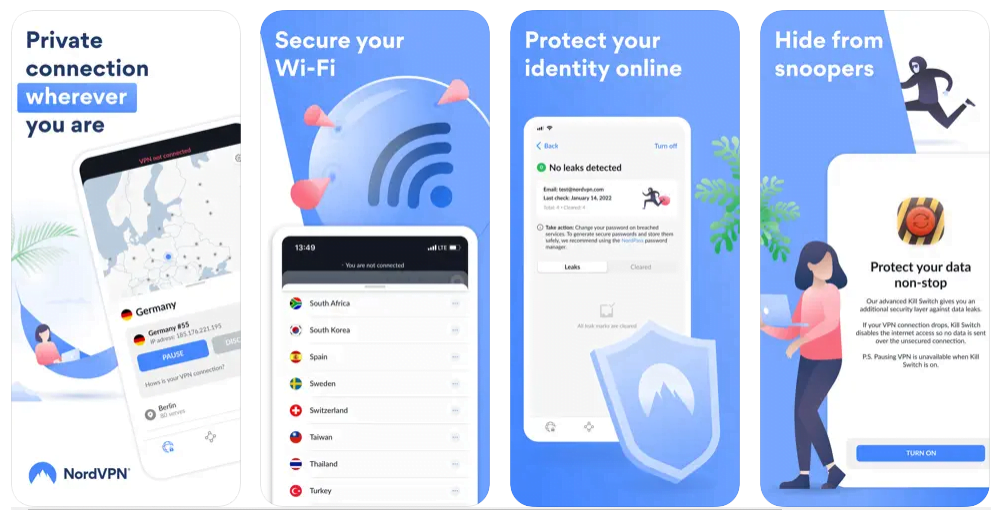 With more than 5,000 servers, NordVPN ensures its users can get a connection with stable speed and high-end encryption with extra features like Onion Over VPN and Double VPN.

Not only that, NordVPN also has other features such as a kill switch, DNS leak detection, and support for navigation via Siri. Along with that, NordVPN is also perfect for unblocking streaming services like Netflix, iPlayer, Amazon Prime Video, and Hulu. The only thing lacking from this VPN is probably that its UI is not as good as the desktop version. 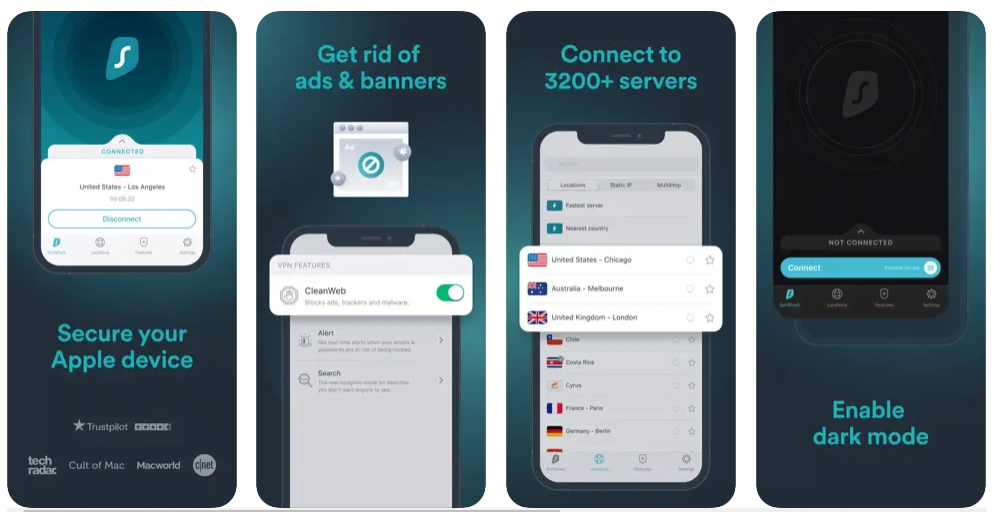 For those of you who are looking for a VPN with a low cost but not inferior to other premium VPNs, then Surfshark is one of the wisest choices. Despite being one of the cheapest, Surfshark offers some extra features that other VPNs don’t have.

Apart from that, Surfshark also includes a number of standard features such as support for switching protocols from OpenVPN UDP and TCP or IKEv2 and using a kill switch to ensure a secure internet connection. Finally, through this VPN, users can also directly report bugs or problems directly from within the application. 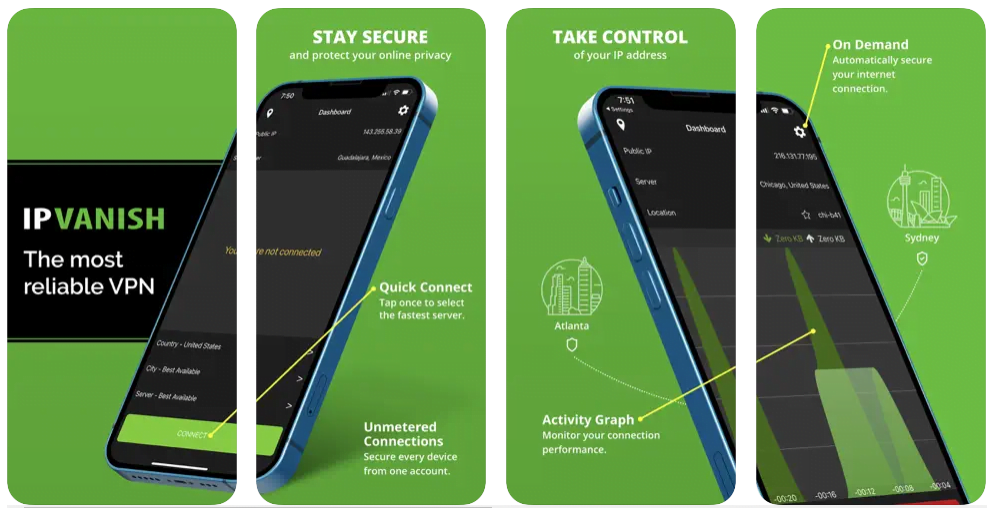 One of IPVanish’s main selling points is its simple and customizable UI, making it perfect for those of you who don’t want to learn too much about how to use a VPN. From visually displaying internet traffic in graphic form to support for controlling split tunneling, IPVanish is the ideal VPN for those of you who need more detailed information regarding internet traffic.

Interestingly, IPVanish also supports Kodi, a media streaming app that allows users to access a wide variety of media content from around the world.

Those were the reviews and recommendations for some of the best VPNs for iPhones and iPad. If you have other VPN recommendations, write them down in the comments below, OK!

Advantages and Disadvantages of Cloud Computing Advantages And Disadvantages Of The Internet