Best Thriller Movies of All Time – Thriller films are a favorite of many people because they can pump up adrenaline and make them curious until the end. The combination of gripping background music, a little blood, or the anticipation of what will happen in the next scene successfully pounded our hearts throughout the film.

Are you ready to be curious and get your heart pumping? Check out the following recommendations. Released in 1991, the first best thriller on this list stars Jodie Foster as Clarice Starling, a young FBI trainee assigned to catch a serial killer known as “Buffalo Bill.” To do so, he must enlist the help of Hannibal Lecter (Anthony Hopkins), a serial killer who is a cannibal.

The Silence of the Lambs is a very well-crafted thriller that will have you gripped from start to finish. The acting of the actors is also very brilliant. 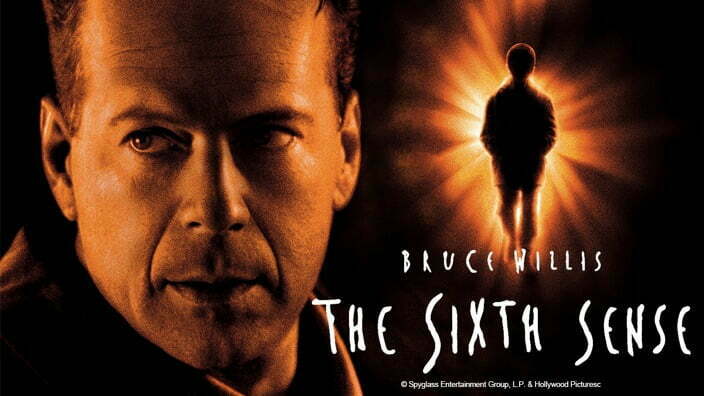 The next best thriller is The Sixth Sense. Released in 1999, this film tells the story of Cole Sear (Haley Joel Osment), a boy who can see and talk to ghosts. When he met with a child psychologist, Dr. Malcolm Crowe (Bruce Willis), he begins to understand his abilities and uses them to help others.

With excellent performances from Osment and Willis, it’s no wonder the film was nominated for six Academy Awards, including Best Picture. If you’re looking for a thriller that will keep you guessing, The Sixth Sense is a must-watch. This classic film is still one of the references when it comes to the best thriller films. The story centers on an accomplished con artist Kint (Kevin Spacey). Kint was inspired by the notorious villain Keyser Soze.

The Usual Suspect film is still one of the films with the best plot twists until now. The storyline goes back and forth so it raises a lot of questions and surprises. This star-studded film also bagged various prestigious world awards. So, if you want to enjoy a movie that is entertaining and makes you think with puzzles from start to finish, you might want to consider this movie. The Platform also includes the best thriller films that you must watch. The film that you can watch on Netflix tells the story of a group of people who are imprisoned in a vertical prison. They have to compete for food delivered to them via platforms that move from level to level.

The further down the food is delivered, the more visible the true nature of the prison and its occupants. The Platform is also one of the best films of 2019 and has won various nominations for prestigious world awards.

Oldboy is a good thriller and tells the story of a man who is mysteriously imprisoned for 20 years and then released. After his sentence, he embarks on a mission of revenge.

Considered one of the best thrillers of all time, this Korean film directed by Park Chan-wook and starring Choi Min-Sik was nominated for the Palme d’Or at the 2004 Cannes Film Festival. The next best thriller film is Don’t Breathe 2. This film is a sequel to the first film which was released in 2016. The premise is still centered on a blind old man ex-marine who now lives with a small child.

This time the adventure begins with the origins of the little boy who lives with him. Shocking facts begin to emerge from the mystery of the gang members who haunt the old man’s house. Here you will be presented with scenes full of blood that will pump your adrenaline. You can watch this film on the Netflix streaming service. The 2010 film directed by Martin Scorsese is still considered the best thriller film until now. The story centers on US Marshal Teddy Daniels, who is investigating the disappearance of a patient from a mental hospital on an island off the coast of Massachusetts.

With a twisty plot and superb acting from Leonardo DiCaprio, Shutter Island is a thriller that’s sure to keep you entertained from start to finish. In fact, you might even get depressed watching it. You must watch this best thriller if you want a puzzle that will make you curious from beginning to end. The film, starring Ben Affleck and Rosamund Pike, is about a husband and wife whose relationship is not very harmonious.

One day his wife, Amy Dunne, disappeared. her husband, Nick Dunne, who has a track record of disharmony, was accused by police of being the culprit. Here you will be presented with a story with a plot that is neatly covered until the end. Guaranteed you will be amazed by the development of each scene presented in this film.

Thanks to this film, Rosamund Pike managed to win Best Actress nominations at the Oscars, BAFTAs, Screen Actors’ Guild, and Golden Globes.

Thanks to the success of Rosamund Pike, he was trusted again to play in the latest Netflix thriller, I Care a Lot. This film tells the story of a con man who specifically targets elderly people. He put them in a special elderly facility and then proceeded to drain their bank accounts.

However, after years of successful deception, everything changes when he tries to trick a woman who turns out to be connected to the mafia. I Care a Lot is one of the best thriller films of 2020 that you should not miss. The film, starring Jake Gyllenhaal, is about a police officer, Joe Baylor, who is demoted to a 911 call center. The premise centers on the day he receives an emergency phone call from a kidnapped woman.

He answers a call from a woman named Emily Lighton (Riley Keough) who says she was kidnapped. Joe learns that Emily was kidnapped in a white van, but the victim is forced to hang up before he can provide further details.

Joe then relayed the information to the California Highway Patrol but they were unable to locate the van without the license plate number. Joe did everything in his power to find Emily. Guaranteed you will hold your breath from start to finish while watching Netflix’s best thrillers.

Top 10 Best War Movies of All Time You Must Watch