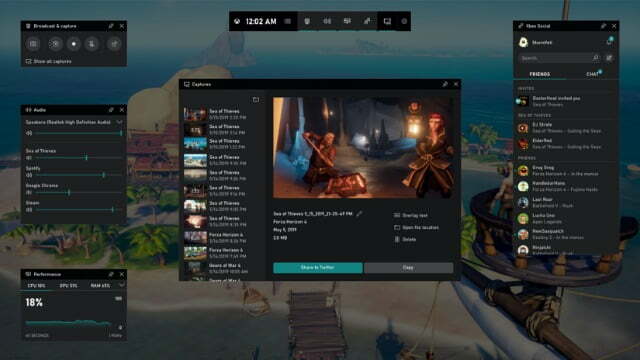 8 Best Screen Recorders for Windows 10 (Free) – To convert screenshots into videos we need a screen recorder app. By using this application, all activity on the computer will be recorded and automatically turn it into a video.

There are lots of PC screen recorder applications that you can use, but on this occasion, Flexadia will provide some recommendations for screen recorders that are free and light to run on your laptop and PC.

The following are some recommendations for the best free and lightweight PC screen recorder applications: 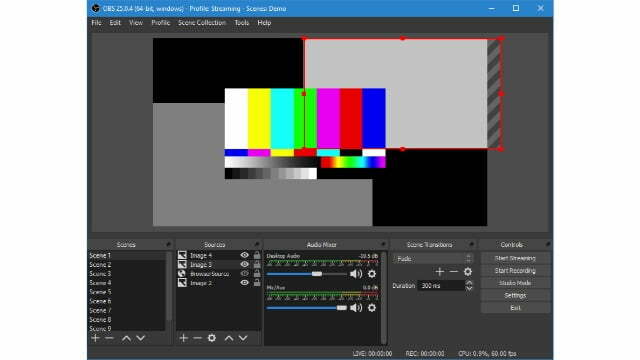 OBS Studio can run on multiple platforms, be it Windows 10, Linux, or macOS. This application can be used to record the screen as well as display video from the camera, for those of you gamers who want to record games as well as the camera, you can use OBS to do so.

One of the pretty cool features of OBS is its ability to record multiple sources at once. For example, if you run several programs on your PC, you can make each program a separate source of screenshots, plus a camera.

OBS Studio can also be used for streaming on Twitch, YouTube, DailyMotion, and other video-sharing sites. We highly recommend this application for those of you who want a screen recorder with full features, free, and no watermark.

Windows 10 has a built-in feature called the Game Bar that can be used to take screenshots and also record screens. You can use this program as a screen recorder while playing games or running other applications.

The advantage of using this application is that we no longer need to download and install additional applications because the Game Bar is ready to use from the first time you install Windows 10. Game Bar is also very light and well optimized to run on Windows 10.

Windows Game Bar cannot record specific areas of the screen like OBS Studio, this feature only allows you to record an application or game. This is because the Game Bar is specifically designed for game recording purposes.

To do a recording, do the following : 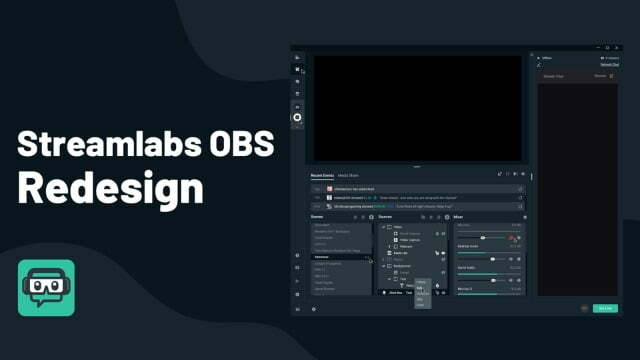 Streamlab OBS is the most popular streaming application among gamers. This application is built using OBS Studio source code so the features in it are very similar to OBS Studio, the difference is that OBS Streamlab is much easier to use.

If you are a complete beginner and find it difficult to set up when using OBS Studio, then the best alternative you can choose is Streamlab OBS.

Streamlab OBS is a streaming and recording application with the largest community, especially among gamers. You can use this app for screen recording and streaming on sites like Twitch and YouTube.

Streamlab OBS has all the features of OBS Studio such as the ability to record from multiple sources, display video from a webcam, mic input, effects, and filters. You can also create your layout as you wish or you can download layouts that have been made by the community on the official Streamlab website. 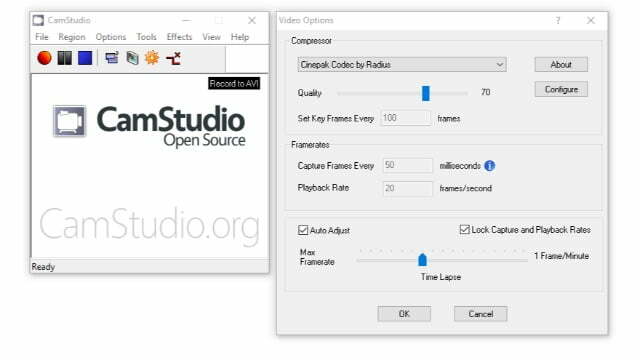 You can use CamStudio to record full screen or select a specific area on your laptop screen. You can also set the output video quality yourself, if you want a smaller capacity, you can reduce the video quality. 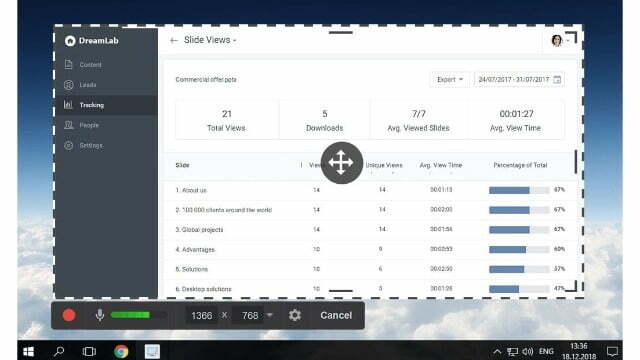 The next best PC screen recorder application is Free Cam. You can also use this application for free without any watermarks and restrictions on the duration of the record.

Free Cam is suitable for making tutorial videos and e-learning. You can record the screen and enter voice input from the microphone. The recorded video can be saved on the computer for editing again or directly uploaded to YouTube from the application.

In the free version, the resulting video format can only use the WMV format. But this is not a big problem because you can change it to another format while making edits. 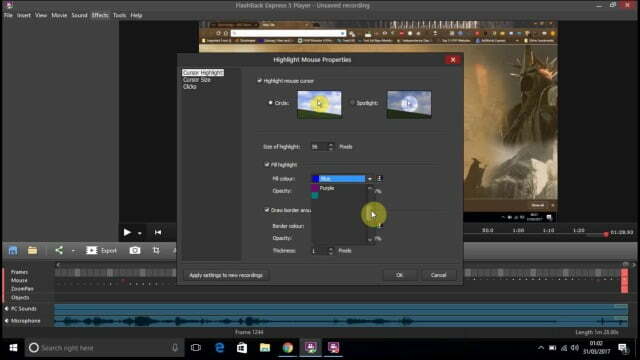 Flashback Express is a screen recorder application for Windows that has quite complete features. You can use this application to record screens and webcam and add sound from the microphone.

The resulting video can be directly edited using the built-in editor in the application. You can add attributes such as captions, arrows, images, and highlights.

Flashback Express can be used for free without a watermark or duration limitation for 30 days, after which the trial period will expire and users are required to upgrade to the pro version if they want to continue using it. 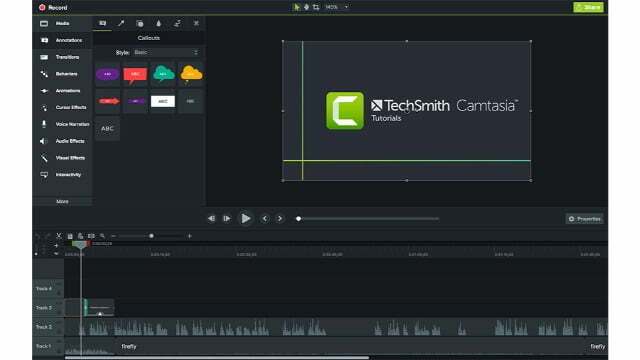 Camtasia is one of the most popular screen recorder applications that is widely used by both beginners and professionals. This application has the advantages of ease of use and its features are quite complete.

Camtasia can not only be used to record the screen but as a video editor that is quite powerful. You can record the screen while playing games or running certain applications and then directly edit the resulting video directly on Camtasia.

This application is suitable for beginner Youtubers to make gaming videos, tutorials, lessons, and presentations. The simple appearance of the Camtasia application with its easy-to-understand menu navigation makes this application very popular with all people. The only drawback of this application is that there is no free version, you can use the trial version for 30 days and then have to upgrade to the paid version. 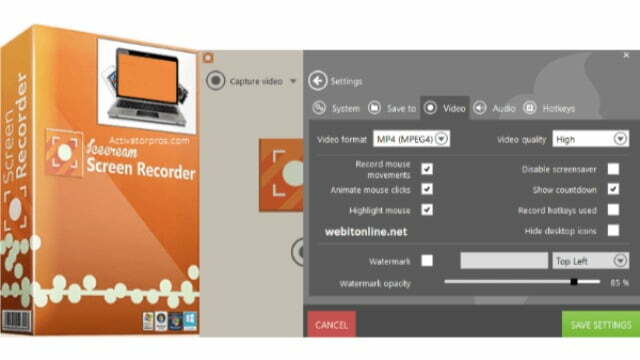 The last best lightweight PC screen recorder application is Icecream Screen Recorder. This application can be used to record certain applications, games, or self-selected areas on the screen.

Icecream is suitable for making gaming videos, tutorials, and webinars. You can determine the quality of the video you want to produce, if you want high quality, you have to be prepared with a video capacity that will be quite large.

One of the cool features of this application is its ability to record 3D games on full screen with great results. If you buy the pro version, you can also add your watermark to the recorded video.

Those are some free and lightweight PC screen recorder applications for Windows 10, 8, and 7 recommended by Winpreso. You can choose the application that best suits your needs. Good luck.

14 versions have been released, this is the history of Windows from the beginning until now